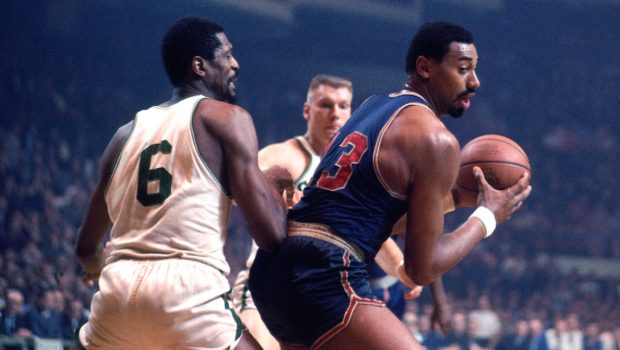 The 76ers have had some extraordinary talents over the years. A rich history includes the 1966-67 championship season, during which the team boasted some of the very best talents in the game, and there have been plenty of highs since that too.

We’ve looked a lot at the individual player statistics in this, and there are many stats kept on the NBA teams and players out there, which are often used by gamblers. For example, when you’re putting together a same game parlay, you will want to choose players who have a record of scoring a lot of points, to start to build up your bet to a respectable return. NBA SGP bets are becoming even more popular and some of the retired players on this list would have been amazing for including in your parlay bet.

The greatest 76ers ever

We wanted to pay tribute before we start to the late, great Bill Russell, not only a star but the first black coach in the NBA and therefore a true trailblazer of the sport. We recently lost Russell but his memory and what he achieved will forever be remembered.

Let’s dive into the greatest players to wear the jersey.

Chamberlain was a native of Philadelphia and was an exceptional player when representing the 76ers. His productivity and stats were crazy, and for fans, it is just a shame that he didn’t stay a bit longer.

In his earlier days, he was playing for the Warriors, and he made an incredible 50-point average representing this franchise. When he joined the 76ers, he would go on to average 27.3 points, 24.2 rebounds and 7.2 assists, which is truly a staggering level of achievement. He played three seasons at the 76ers and in each of these, he won the MVP award, which was record-equaling at the time.

Julius Erving has been affectionately referred to as Dr. J. by the Philadelphia faithful, and although Wilt Chamberlain was a basketball great for a relatively brief period, Erving stayed for a long time, cementing his place in basketball history.

A player who never seemed to flag or lose quality until the very end of his career, he spent 11 seasons with the team, and in that time, he made 11 All-Star teams, which is an amazing statistic. In 1981, he won the MVP award and his stats included 24.6 points per game. He has been compared to modern-era greats such as LeBron.

Though he did get that coveted MVP award once, there are those who think it should have happened more often, but the fact he won the NBA title is likely to be enough consolation for the superstar.

It is fair to say that Iverson has a lot of character. His baggage was talked about a lot in the press but there is no denying the fact that he was a great player for the 76ers. Though he would often wind up the press – and fans at times – he was an incredible player whenever he took to the court. In his 2001 MVP season, he averaged 31.1 points and 2.5 steals.

The Sixers team was brilliant at the time and made the NBA finals, although they would be outdone by the Lakers, with their formidable lineup. He was a six-time All-Star while playing for Philadelphia and undeniably one of the very best to wear the jersey.

Another player in the exceptional 1967 team. Greer had a huge role to play in the success of others, including the great Wilt Chamberlain.

Greer scored 22.1 point averages through the year, and in the playoffs, he even overtook Chamberlain and averaged 27.7 on the way to victory, including dominating the Royals.

Another reason for the Greer love-in with Sixers fans is the fact that he spent his entire career with the team and played in 10 straight All-Star fixtures. There’s no denying that he’s a true legend and will always be remembered by Philadelphia’s basketball fans, as he played such a big part in arguably their greatest ever team and achievements.

What do you think of our list of 76ers greats? Is there anyone who would have made your list that we have left out? Of course, there are so many great players to have spent time on the team and it was hard to pick out just a few of the very best for our list.