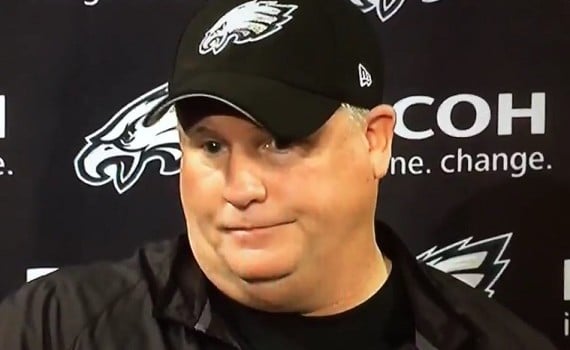 The clock is ticking and with each passing day the odds are increasing that fired Eagles coach Chip Kelly will get the San Francisco 49ers coaching job.

The request to interview Tom Coughlin was the clearest sign yet, because the 49ers had previously bypassed Coughlin last week, while they were interviewing Kelly and then spotlighted Hue Jackson.

If you like Kelly and are ready to sign off on him as Plan B, you don’t have to request to interview Coughlin. But it’s clear that Kelly isn’t Plan B for the 49ers.

So we can deduce that the Kelly interview didn’t go swimmingly.

Something happened, something didn’t quite mesh–or maybe GM Baalke was never on board and only went through the interview to satisfy owner York’s curiosity.