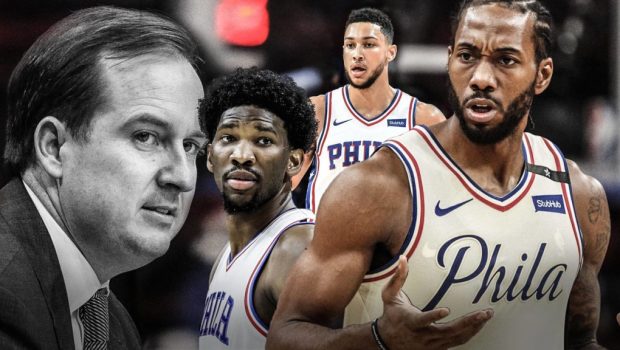 THE HINKIE HANGOVER: SIXERS’ BRIDGES DEAL FOR ZHAIRE, AN ASSET!

With head coach Brett Brown serving as the team’s acting general manager in the wake of Bryan Colangelo’s resignation it was fair to wonder how he’d handle his dual responsibilities on draft night. Would he prioritize the immediate future, or would he maintain the “longest view in the room,” as Sam Hinkie would put it?

At first, it appeared as though the short term won out. With the No. 10 overall pick, the Sixers selected Villanova wing Mikal Bridges, a soon-to-be 22-year-old who could have immediately slotted in as a rotation player. Though Bridges struggles to create off the dribble—a much-needed area of improvement for the Sixers—his 6’7″ frame and 7’2″ wingspan made him the top three-and-D prospect in this year’s draft class.

Had the Sixers stood pat with Bridges at No. 10, few Sixers fans would have batted an eye. He may not have had the most upside of anyone still left on the board, but he represented a safe double. With budding megastars Joel Embiid and Ben Simmons already in place, Philly no longer needs to take home run swings during the draft every year. Finding players to complement those two is a far greater priority moving forward.

“In Joel Embiid and in Ben Simmons, you know what you have,” Brown saidearlier in June. “How do you add to that completely influences how we see the draft.”

On paper, Bridges looked like the perfect fit alongside Simmons and Embiid. Pairing him with fellow three-and-D wing Robert Covington would have added even more length to Philadelphia’s third-ranked defense from last season, further clogging passing lanes and disrupting opponents’ offensive rhythm. After Bridges knocked down 43.5 percent of his three-point attempts at Villanova as a junior, he could have slotted in as a floor-spacer on offense and a potent catch-and-shoot threat off Simmons’ drive-and-kicks.

While it was easy to conceptualize Bridges’ fit in Philadelphia, Brown and the Sixers didn’t settle for the safe double.

With the Suns on the clock at No. 16, the Sixers came to terms on a trade that sent said pick (Zhaire Smith) along with the Heat’s unprotected 2021 first-rounder to Philadelphia in exchange for Bridges. The Undefeated reported Wednesday that the Sixers were “very interested” in Smith, who worked out twice with them leading up to the draft. and Brown dubbed him the 1B on the Sixers’ draft board to Bridges’ 1A on Thursday night.

Brown conceded Bridges would have “come in and slotted in and played right away,” while Smith “is gonna be fighting for some minutes.” He added, however, that, “it’s rare that a 10th pick comes in and plays, even on poor teams.”

In other words: Smith being behind Bridges on his developmental curve is of no concern to Brown and the Sixers.

“We believe that we’re gonna take Zhaire and put him into our development system and polish up all of those things,” Brown said. “And we’re excited. The city of Philadelphia is gonna love him because of his complete competitiveness, his athleticism and his toughness. He is bred for the city of Philadelphia.”

The Sixers channeled their inner Hinkie during the 2018 NBA draft