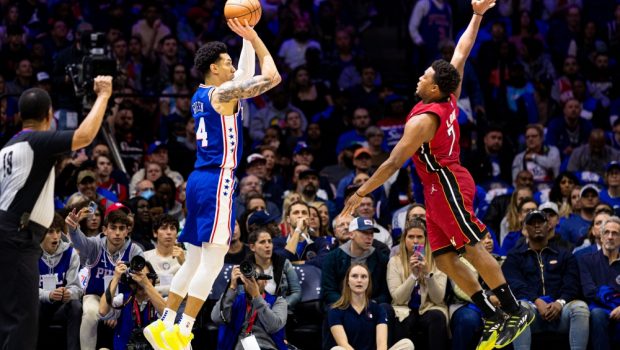 Danny Green tied his playoff career-high of 21 points, shooting 7-of-9 from the three to go with four rebounds, and two turnovers as the Sixers got their first win of the series 99-79 in Game 3.

Green had his best game of the postseason after he was virtually non-existent in the first two games of the series.

The Sixers need some more consistency out of Green, and he will get a chance to follow up this performance on Sunday as the Sixers try to even this series up at home.