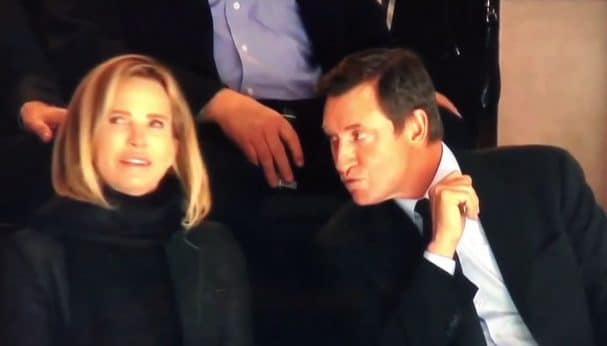 So, look who was at last night’s Flyers-Caps playoff game!

NHL great Wayne Gretzky and his wife Janet (above), as well as scores of former Flyers stars such as Chris Pronger, Simon Gagne and Kimmo Timonen.

They are in town for the Ed Snider celebration today at the Wells.

Snider founded the Flyers and served as their owner until his death on April 11 after a two-year battle with bladder cancer.