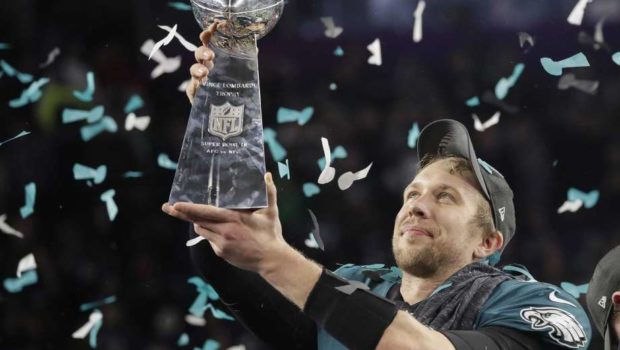 The Eagles open defense of their Super Bowl championship today when they gather at NovaCare and start practicing tomorrow.

Much has happened since Feb. 4, when they hoisted the Lombardi Trophy in Minneapolis, and here’s a summary:

One of the reasons the Eagles were so successful last season was because of their dominating defense, which gave up only 18.4 points per game.

Philly was a Top-5 defense during the regular season, giving up the fourth fewest yards per game in the NFL with a 306.5 average.

The Eagles got stronger in the pass rush and in stopping the run when they picked up defensive tackle Haloti Ngata from free agency. Not only has the 13-year veteran made almost 500 career stops, he has given quarterbacks nightmares. Ngata has been an effective pass rusher both in Baltimore and Detroit, coming up with 31.5 career sacks.

With new free agent linebacker Paul Worrilow suffering a torn ACL during OTAs in May, it will be up to linebacker Corey Nelson to assist Nigel Bradham. Despite just playing five games last season, the fifth-year linebacker had a respectable third year with the Broncos in 2016 when he had a career-high in tackles with 67 and passes defensed with five.

Passing defense was not necessarily an issue, but is a topic that can be improved on to make another Super Bowl run. The Eagles’ defense ranked fourth-overall statistically, but only managed to rank 17th in the league in passing yards per game with 227.3 yards per game average.

Losing cornerback Patrick Robinson hurts the secondary, but the Eagles now look to second-year corner Sidney Jones to fill the hole. Even though the six-foot corner suffered a torn achilles during his pro day that sidelined him for a majority of the 2017 season, he was promoted to the active roster in the regular season finale against the Dallas Cowboys. Jones only came up with two tackles, but he is expected to play a larger role in the Birds’ defense.

A potential contributor that is looked upon as a sleeper since he was a fifth-round pick in the 2018 NFL Draft is former Pittsburgh corner Avonte Maddox.

While the rookie corner is small for his size at 5-foot-9, he showcased his tremendous athleticism and speed. Maddox ran his 40-yard dash in 4.39 seconds at the NFL Combine and came up with a 125-inch broad jump.

Not only has Maddox proven that he can be effective with his skills, but that he can play a key part in the pass rush. All of his tackles for loss resulted in sacks and the Eagles could have a potential weapon to make life miserable for opposing quarterbacks.