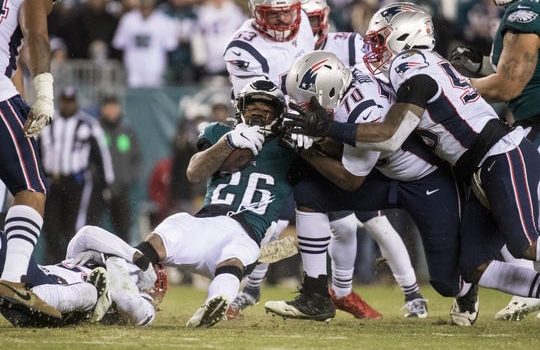 How bad was the Eagles’ offense yesterday in the 17-10 loss to the Pats that was eminently winnable?

Playing without DeSean Jackson, Alshon Jeffery and Jordan Howard, the Eagles’ final 10 drives resulted in seven punts, a fumble, a turnover on downs and a failed Hail Mary attempt.

The Eagles averaged 3.86 yards per play — the lowest average in any game that Wentz has started (that includes his rookie season).

The Eagles’ season is not over but it’s hanging by a thread.

They’re 5-5 and still have two games against the Giants, one against Washington and one against Miami.

The season very well could come down to a Week 16 home game against the Cowboys.

But the bottom line is that the same issues surface in pretty much every loss, and this isn’t a good team.