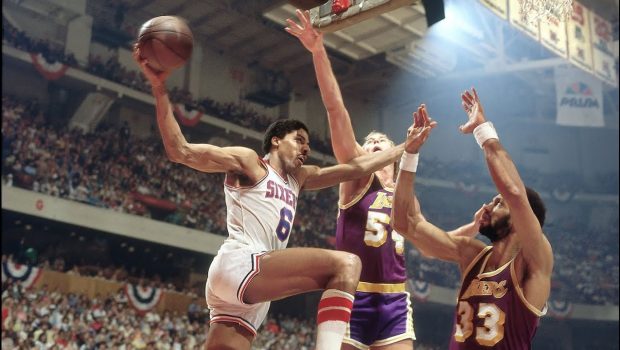 THE DOC AND WILT TOP THE LIST OF 8 GREATEST SIXERS EVER!

The Sixers have been home to a few of the greatest basketball players of all time. NBA champions, Olympic medalists, and record-holders, the 76ers, have had them all throughout their history.

From iconic signature moves to some of the best nicknames ever, in no particular order, here are 8 of the best 76ers to ever step foot on the court. Julius Erving, or Dr. J as he was known, is not only widely regarded as the best 76er ever but possibly one of the best basketball players of all time. His 16-year career saw him become an NBA champion and a multi-time All-Star.

Erving is also responsible for the famous “Rock the Baby” dunk, a dunk on the Lakers defender Michael Cooper that is arguably one of the best you will ever see.

If you don’t think Dr. J is the best 76er ever, it’s probably because you think Wilt Chamberlain is. Wilt spent just three years on the 76ers, but he made a massive impact in such a short time.

He was a two-time champion, a 13-time All-Star, a 4-time MVP, and had his number 13 jersey retired at the Globetrotters, the Warriors, the 76ers, and the Lakers.

Big Chuck may be currently known as Shaq’s sparring partner on Inside the NBA, but basketball lovers will remember his insanely dominant career on the court. He started his career at the 76ers and quickly established himself as the king of rebounds.

The 11-time All-Star was never able to get his hands on a championship ring, but he is a former MVP, a 5-time All-Start First-Team player, and a 2-time Olympic gold medalist.

The Answer may not have been the biggest player on the court, but there were very few that had the same drive as he did. Spending 10 years with the 76ers, Iverson would become an 11-time All-Star, a score close to 24,500 points.

Another player that somehow managed not to win a championship, AI is often overlooked as one of the greatest due to his lack of rings. However, anyone who saw him play knows he never needed a ring to be one of the best.

Part of the 76ers team that won a championship in 1983, the Chairman of the Boards spent five years at the 76ers across two stints. Scoring close to 30,000 points in his career, Malone was also the finals MVP in ‘83.

A 12-time MVP All-Star, Malone was also a 6-time rebound leader, a 3-time MVP, and was part of the 50th and 75th NBA Anniversary Team.

A name that will be unfamiliar to many NBA and 76er fans, Hal Greer’s heyday was during the 60s and 70s. Greer spent his whole career with the Syracuse Nationals, which then became the 76ers.

Greer is widely recognized as one of the first giants of basketball that played for the 76ers. He became a champion in 1967, was a 10-time NBA All-Star, and scored over 21,500 points in a time when high-scorers weren’t all that common.

Another legendary 76er that fans should familiarize themselves with is Billy Cunningham. The 6-6 power forward scored over 16,300 points and had close to 8,000 rebounds, and was crowned an NBA champion in 1967.

While Joel Embiid is still young and still plays for the 76ers, he is widely regarded as one of the best players in the league and the next 76er GOAT. He is already a 5-time All-Star and led the 76ers to a Conference semi-final.

Embiid also goes by “The Process” and ode not only to his growth as a player but now he is the one that is taking this new generation of 76ers to the next level. Embiid is the player that will lead the 76ers back to the heights they once enjoyed with Wilt, Julius, AI, and the 1983 champions.