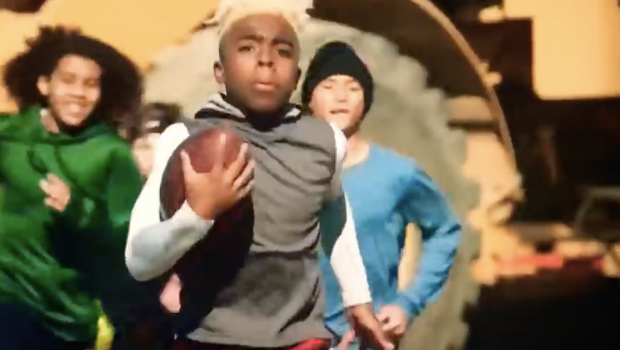 THE BEST SUPER BOWL VIDEO EVER: TAKE IT TO THE HOUSE KID!

Before last night’s Super Bowl, the NFL ran an introduction video showing a kid playing football with his friends and running the ball all across the country, supported by various players and icons along the way (and including a brief pause to honor Pat Tillman).

The broadcast then switched to real-time, where the kid — and his friends, all dressed in different NFL jerseys to rep different teams — stormed the field, with the star handing over the football to the referee to start things off. In the process, he helped hype up the crowd.

An Illinois reporter identified the intro’s star as 13-year-old Maxwell “Bunchie” Young, a young football and running prodigy from Los Angeles who has been featured regularly in youth sports stories and videos, thanks to his impressive speed; he was the Sports Illustrated Kids SportsKid of the Year in 2017: