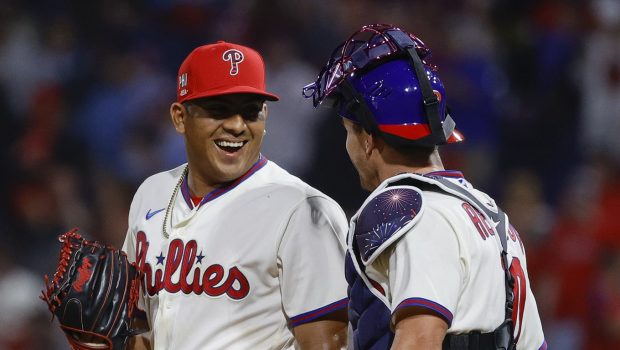 Ranger Suárez allowed four hits and whiffed four over five scoreless innings in the Phils 10-0 win over the Marlins.

Only one of the four hits that Suárez surrendered was a hard hit — a 99.4 single from Jacob Stallings in the bottom of the third.

He located at the bottom of the strike zone in his second scoreless outing of the season (16 starts).