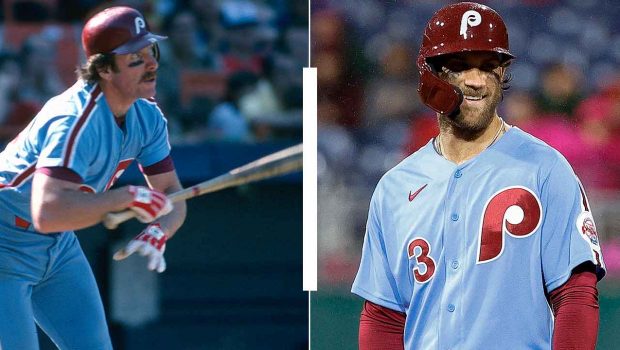 Phillies legend Mike Schmidt announced the winner live on MLB Network, a sure giveaway Harper was the winner.

Then a group of former Philly MVP winners welcomed Harper to the club, led by Sixers legend Doctor J, Harper was clearly moved by the special treatment he received-

This city has seen a lot of legends.