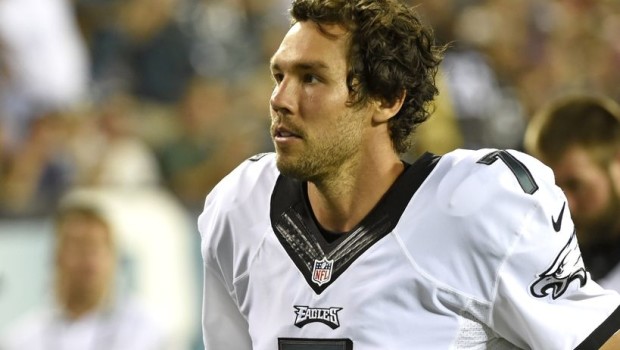 The Eagles finally put themselves and their fans out of their misery.

The two-year deal has a maximum value of $40 million with incentives, with $26 million guaranteed, a person familiar with the deal said. The person spoke on condition of anonymity because terms of the contract had not been publicly disclosed.

Completing the deal would push Bradford to over $100 million in career earnings.

In his lone season under former head coach Chip Kelly and the Eagles, Bradford completed a career-high 65% of his passes for 3,725 yards for 19 touchdowns against 14 interceptions. In a year when the NFC East was wide open for the taking, the Eagles went 7-9 and missed out on the postseason for the second season in a row.

The Eagles traded quarterback Nick Foles to the Rams for Bradford in March of 2015. In his career, Bradford has thrown for 14,790 yards, 78 touchdowns and 52 interceptions.