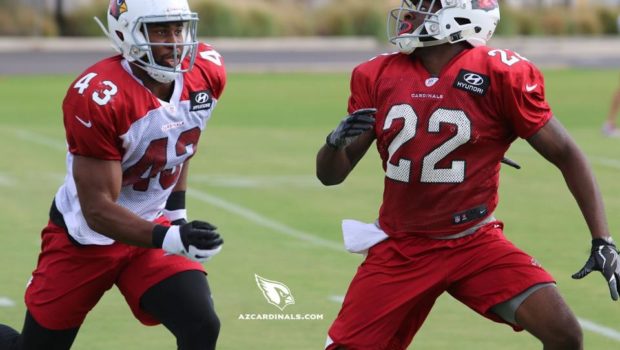 Arizona Cardinals first-round pick Haason Reddick (above, No. 22) seemed to get better by the snap in last night’s loss to the Dallas Cowboys.

He looked over-eager at first, launching into the backfield only to get washed out of an inside running play, but the Cardinals would much rather over-excitement from a rookie than the opposite.

Defensive coordinator James Bettcher’s vision for the defense came into focus for me on a second-and-9 in the second quarter. While it was a rather vanilla all-out blitz call (no team is throwing the organic stuff out there with the second string), it became pretty apparent how easy it’s going to be to get someone like Reddick a one-on-one with a running back en route to the quarterback.

This is still an uphill climb from Reddick’s days at Temple, though the Cardinals seemed like the perfect home.

Reddick joins fellow rookie Budda Baker in making up one of the league’s more versatile defenses. Part of the design depends on the continued maturity of Reddick.