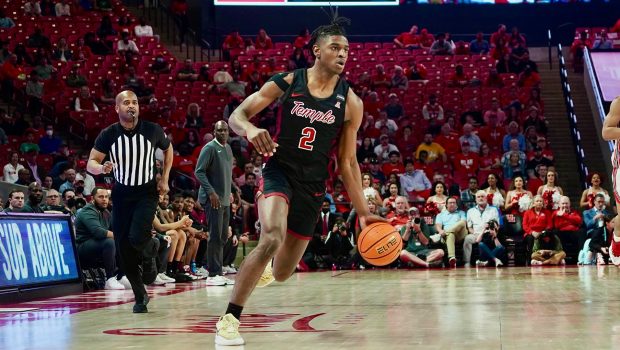 TEMPLE’S DOORS BLOWN OFF BY HOUSTON

Fabian White Jr. had 26 points and and No. 14 Houston scored the first 15 points in an 84-46 victory over visiting Temple.

Nick Jourdain and Jahlil White each scored 10 points for Temple (16-11, 9-7). Jourdain fouled out 4 1/2 minutes into the second half after picking up his fourth foul and getting called for a technical foul. The Owls shot 31%, including 5 of 19 (26%) in the second half.

White capped the opening 15-0 run with a layup, but the Owls responded with a 14-3 spurt — cutting it to four on two free throws by Jourdain with 9:42 left in the first half.

“We came out a step slow,” Temple coach Aaron McKie said. “It could have been a number of different things. It’s what they do. They get out on you early. I thought we did a good job of fighting back into it.”

Temple closed within seven to start the second half, but that was as close as the Owls would get. They went 11:18 without a field goal in the second half.

“I thought we were doing a good job of attacking and not having to settle, but you have to make shots in this game,” McKie said. “You can defend as much as you want, but you have to be able to put the ball in the basket.”