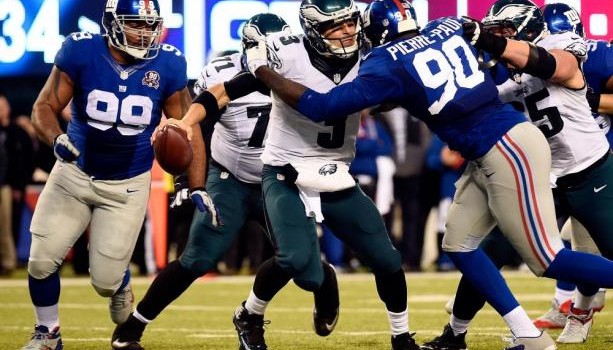 When it comes to playing the defensive line in the NFL, there is perhaps no more experienced and eloquent witness than former Temple and Jets’ great Joe Klecko.

It will be a long, anguishing road back for Jason Pierre-Paul. This comes from Klecko, as tough as they come, who overcame a patella tendon tear in 1982, but never had to play in the trenches with nine fingers.

“He’s not gonna come back and be dominant very quickly, I don’t think. I really don’t believe that at all,” Klecko told the New York Post after being informed that JPP’s right index finger had been amputated following his ill-fated July 4 fireworks accident.

Klecko doesn’t know of any defensive linemen who were forced to play without 10 fingers.

“It’ll take him a long time to get strength back, and be able to grab and things,” Klecko said. “I think it’ll affect him a lot. The loss of a finger is a big deal. The index finger is one of the biggest fingers on your hands for grabbing, you know what I mean?

“I really believe that he’ll take a long time for his healing, and learning how to use that hand without a finger I think it’s gonna be a very hard thing.

“That index finger really has a lot to do with the strength of your hand. I believe it’ll be a detriment to what he does, I really do.”

Whether JPP, who also required skin grafts on his right arm, can be dominant again will be up to him more than it ever has been.

“I think he could … losing his appendage like that, I don’t think it’ll be very easy, I really don’t,” Klecko said. “I’m the kind of guy that I would think I could do anything like that, but I don’t think that would be easy. Not at all.