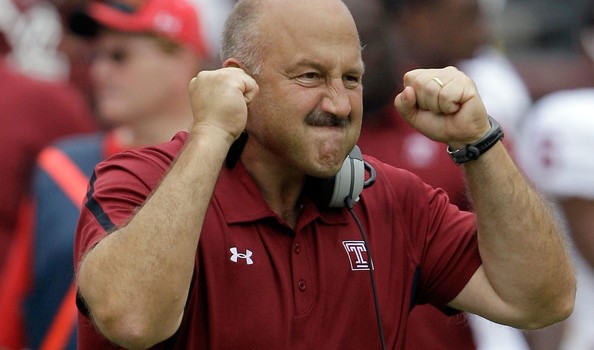 Steve Addazio walked out on Temple a few years ago for the gold of Boston College.

Now he’s at Colorado State, earning $5 million per, and he’s already in trouble before he coaches a single game.

Addazio’s future with the Rams has come into question before he’s even coached a game, due to allegations reported by The Coloradoan that he has downplayed both COVID-19 and the Black Lives Matter movement earlier this year.

Addazio denied the claims, and a university report noted that “specific allegations reported in the local media against head coach Addazio were not substantiated” during its investigation.

If Colorado State decided to seek a fresh start and fired Addazio without cause, it would owe him $5 million, on top of the $1.22 million that is still due to former coach Mike Bobo, who was let go last year.