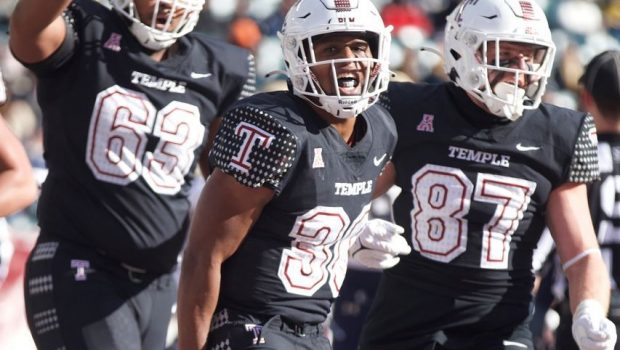 Isaac Ruoss ran for two touchdown, Chance Warren had two TD catches and Navy defeated Temple 38-14 to end the Owls season at 3-10, 1-7 in the AAC.

The Midshipmen (3-8, 3-5 American Athletic Conference) threw just 12 passes for 72 yards but had touchdown tosses from both Tai Lavatai and Xavier Arline. Navy rolled up 219 yards on the ground.

Tayvon Ruley and Ra’Von Bonner scored rushing touchdowns of 4 and 1 yards, respectively, for Temple, which lost a seventh straight game. The two rushing scores ended a stretch where the Owls hadn’t scored more than 10 points in a game since Oct. 23.