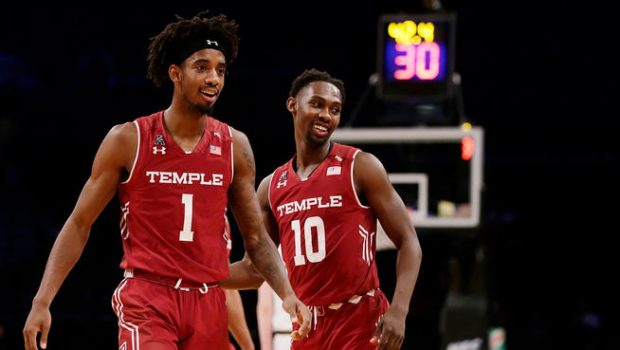 Temple battled to knock off St. Joe’s 77-70 with national champ Villanova next up on Wednesday.

Quinton Rose and Shizz Alston, Jr. each scored 15 points and visiting Temple pulled away late to raise its record to 7-1. The Owls have beaten Saint the Hawks (4-4) in three straight games, and is off to their best start since the 2012-13 squad opened the season 8-1.

The game was tied 60-60 with just under five minutes to play. The Owls made three consecutive 3-pointers to spark a 13-4 run and they led 73-64 with about a minute left. Alston and Alani Moore II scored five points apiece and each made a 3 during the stretch.

Rose and Alston each made four field goals and both were 6 of 6 from the line. Nate Pierre-Louis chipped in seven points and matched a career-best with 13 rebounds.