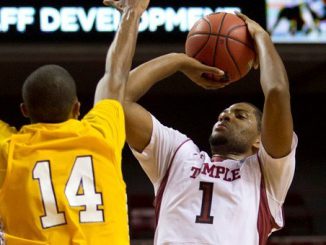 Aflakpui scored five straight points to start a 10-2 Temple run for a 62-48 lead midway through the second half and the Owls led by double digits the rest of the way.

At halftime, Jim Williams (’66) and John Baum (’69) were inducted into the Temple Ring of Honor and will have their names permanently displayed in the Liacouras Center. Williams is the only Owl to lead his team in scoring and rebounding for three straight seasons. Baum, like Williams, is one of five Temple players to score over 1,000 points and grab 1,000 rebounds. 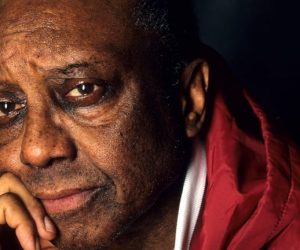