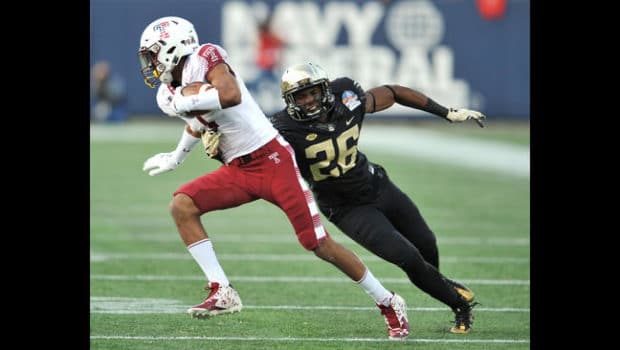 And the question must be asked:

If Matt Rhule had been coaching the Owls instead of taking the Baylor job three weeks ago, would Temple be celebrating on North Broad Street?

Down 31-7 late in the first half, Temple closed to 31-26 with 3:56 left. Wake Forest then used an 80-yard kickoff return by John Armstrong and the resulting field goal to make it an eight-point game with 1:59 left.

Temple came in with a seven-game winning streak after capturing the American Athletic Conference title with a 34-10 rout of Navy on this same field Dec. 3.

Foley took the reins after Matt Rhule was hired by Baylor on Dec. 6. The Owls subsequently signed Florida defensive coordinator Geoff Collins as their new head coach, and he got a first-hand look at his new team on Tuesday.

Walker finished his career by going 28 for 49 for 396 yards and two touchdowns, both to Jennings. He was sacked four times, including a pivotal 22-yarder on second down from the Wake Forest 6 preceding the Owls’ final field goal.

Foley loved the way the Owls played in the second half, but he lamented their performance over the first 30 minutes.

“We have a certain way that we like to play football,” he said. “And we did it for one half today.

The Owls showed their stuff in the second half, but this performance against a team that went 3-5 in the Atlantic Coast Conference was not the way they want to remember this season. 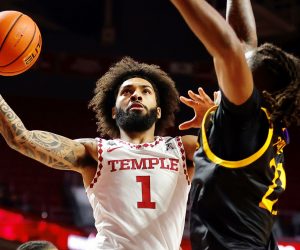