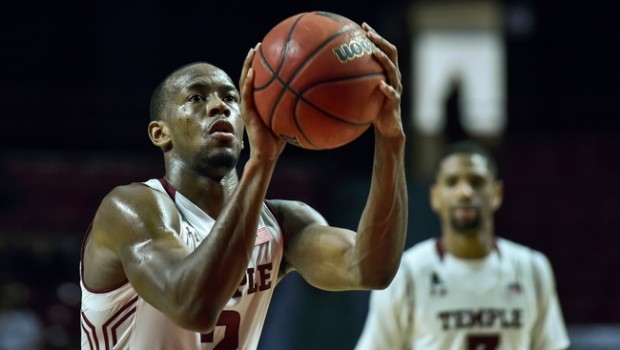 Will Cummings and the Owls will take aim at SMU Thursday and Tulsa next Sunday.

With Saturday’s 74-64 victory over Baylor, Kansas (21-4, 10-2 Big 12) has won 21 consecutive games at home. But the Jayhawks have claimed at least a share of 10 straight regular-season conference titles mainly because of their ability to win away from Allen Fieldhouse, and this season, Kansas is the only team with a winning road record (4-2) in Big 12 play. Still, a game at West Virginia (19-6, 7-5) will be a challenge. The Mountaineers, who lost at Iowa State, 79-59, on Saturday, have averaged a league-best 10.3 steals a game with their pressing defense, and the Jayhawks, who average 12 turnovers a game, have struggled against full-court pressure.

North Carolina (18-7, 8-4 Atlantic Coast Conference) lost at Pittsburgh, 89-76, on Saturday in the team’s first game since the death of the iconic coach Dean Smith. The Tar Heels had already been struggling, though, and they will enter the Tobacco Road rivalry game against Duke (22-3, 9-3) with a 1-3 record in their past four games. The Blue Devils have won five consecutive games, including Saturday’s 80-72 victory at Syracuse, a run that has coincided with the dismissal of the junior guard Rasheed Sulaimon

It makes some sense that Oklahoma State, which had won three straight Big 12 games against ranked teams, would lose, 70-55, at lowly Texas Christian on Saturday; the conference has the best Rating Percentage Index mark in Division I. But the Cowboys (17-8, 7-6) will have an opportunity to get their mojo back against another ranked team, Iowa State, which defeated West Virginia, 79-59, on Saturday. Wednesday’s game will feature the best offense in the Big 12 — Iowa State is averaging 77.6 points a game in conference play — and the best defense, Oklahoma State’s, at 61.5 points a game. The Cyclones (18-6, 8-4), who trail Kansas by two games for the Big 12 lead but are just 1-4 on the road in conference play, will also play at Texas on Saturday.

Temple has a chance to make up ground in the American Athletic Conference: Its next two games, set for Thursday and Sunday, are at Southern Methodist (21-5, 12-2) and Tulsa (17-7, 10-2), the two teams it trails in the conference standings. The Owls (19-7, 10-3) have won seven games in a row, including Saturday’s 66-53 victory over East Carolina, since a three-game skid in January that included losses to S.M.U. and Tulsa. With ESPN’s “College GameDay” at its campus, S.M.U. defeated the defending national champion, Connecticut, by 73-55 on Saturday.

Gonzaga (26-1, 14-0), which already has a three-game lead on St. Mary’s (19-6, 11-3) atop the West Coast Conference, gets a chance to widen the gap with this rematch. On Jan. 22, the Bulldogs mounted a 22-2 run in the second half and blew out the Gaels, 68-47, in Spokane, Wash., and St. Mary’s will again have its hands full with Gonzaga’s offense, which leads Division I in field-goal shooting at 53 percent. Gonzaga, which defeated Pepperdine, 56-48, on Saturday, is first set to play at Pacific on Thursday. St. Mary’s, coming off a 69-62 double-overtime victory at San Diego on Saturday, will play Portland on Thursday.