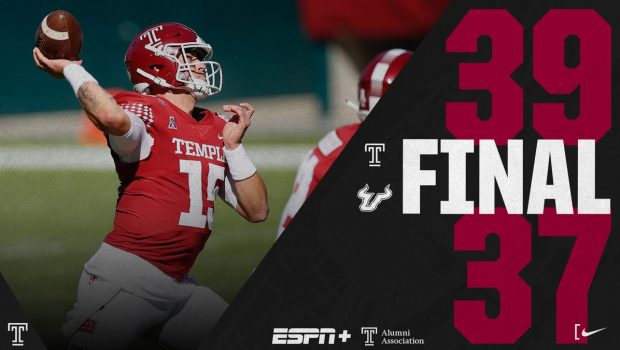 Trailing 31-20 late in the third quarter, Temple scored three touchdowns in just over 11 minutes to retake the lead, 39-31, and then stopped USF on its two-point try in the final minute to secure a 39-37 win in its home opener at Lincoln Financial Field.

The Owls evened their record to 1-1 overall and in American Athletic Conference play. USF falls to 1-4 and 0-3 in the AAC.

One thought on “TEMPLE RALLIES TO BEAT SOUTH FLORIDA AT LINC!”