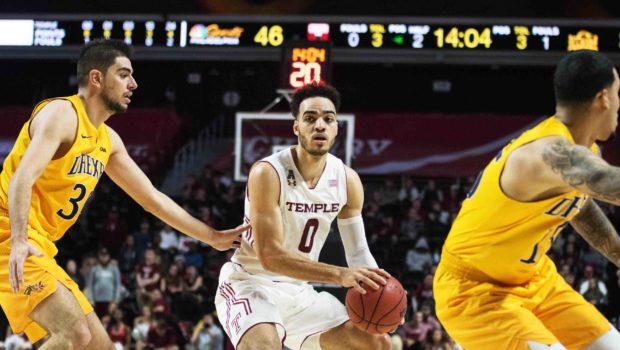 Shizz Alston Jr. scored 12 points and Temple reserves Damion Moore, De’Vondre Perry and Alani Moore II combined to score 19 of the Owls’ 38 points in the first half in beating Drexel 63-60.

Alston rebounded his own missed shot and scored and Rose fed Aflakpui for a layup and a 61-57 Temple lead. Kurk Lee cut the deficit to a point with a long 3-pointer with 15 seconds left, but Obi Enechionyia (above) hit a pair of free throws and Lee missed a 3 at the buzzer.

Enechionyia was one of five Owls who finished with eight points and he added nine rebounds and five blocked shots.