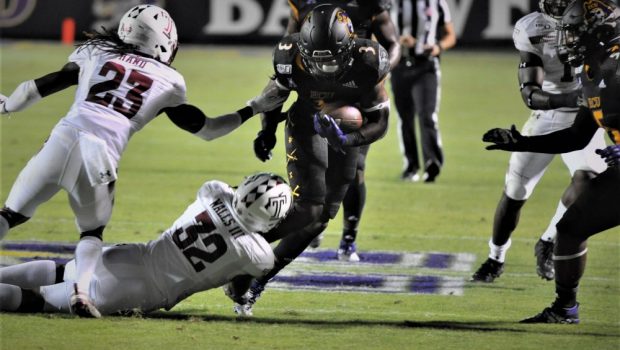 The true freshman surpassed the 135 yards he had a week earlier in a win over Georgia Tech, carried the ball 24 times and scored on a 1-yard run in the second quarter that broke a 10-10 tie.

Temple leads the series 9-8, having won all six matchups following the formation of the AAC. The game was delayed for about 10 minutes after the lights some of the lights went out with about 3½ minutes remaining.