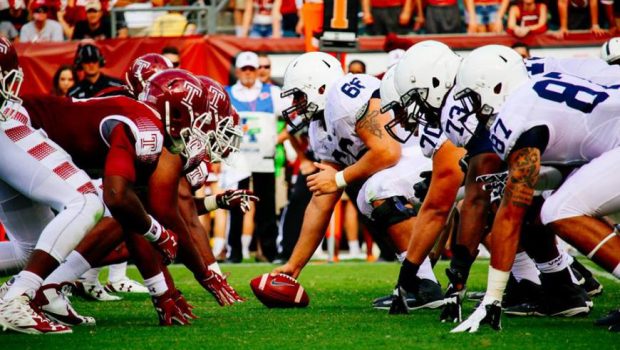 TEMPLE-PENN STATE RENEWAL TALK: IS IT REAL OR B. S.?

So, there’s been a lot of buzz in the last couple of days about Penn State and Temple renewing their football series for the 2026-27 seasons with a home-and-home.

At least that’s what Philly.com is reporting.

Is the talk just that?

Or is it meaningful?

“I think it’s a great game for everybody,” Temple athletic director Pat Kraft told reporters at AAC Media Day. “Any time you get to play Penn State, that kind of program, and the program we have, that would be a fun game for people. But we’re not there yet.”

At Big Ten Media Day, Penn State athletic director Sandy Barbour said nothing more than the fact that the department has had conversations with Temple, as well as other programs, about scheduling future games.

Penn State does have all of its non-conference matchups open for the 2026-27 seasons, but the crux of the issue heading forward would be scheduling a non-Power Five school for a home-and-home series.

The scheduling setup means for a two-year slate, Penn State would only be able to schedule one home-and-home. Power Five schools will likely only bite at playing Penn State if they’re guaranteed a home-and-home, which could put the Nittany Lions out of compliance with Big Ten rules that state member schools must schedule at least one Power Five non-conference opponent each year.