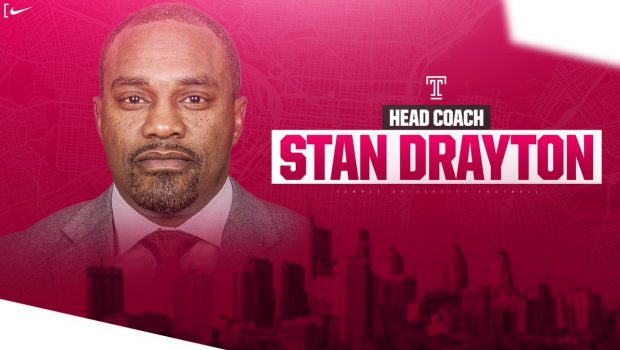 Drayton, 50, spent the past five seasons at Texas under coaches Tom Herman and Steve Sarkisian. While there, he worked alongside Temple athletic director Arthur Johnson as a Texas administrator from 2011 until he got hired at Temple on Oct. 6.

“I had a chance to get to know Stan while we worked together at the University of Texas,” Johnson said in the school’s news release announcing the hire. “He is an outstanding football coach and an even better person.”

Drayton replaces Rod Carey, who was fired in November after posting a 12-20 mark in three years with the Owls. Carey took over at Temple after Manny Diaz abruptly left the program a short time after becoming head coach to return to Miami with the same title.