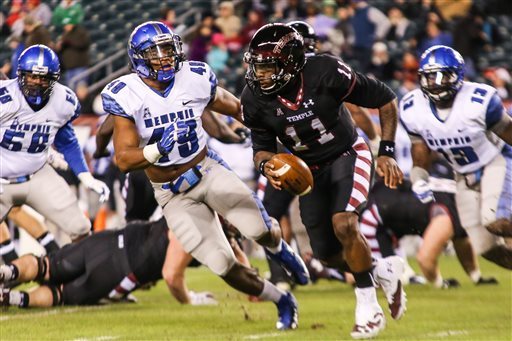 TEMPLE LOSES A HEARTBREAKER TO MEMPHIS 16-13

The night started with Temple hoping to take advantage of last Saturday’s upset of nationally ranked East Carolina, and it ended with the Owls getting their chances for a post-season bowl game kicked away.

Jake Elliott hit a 31-yard field goal as time expired to give Memphis a 16-13 victory over Temple on Friday night at Lincoln Financial Field.