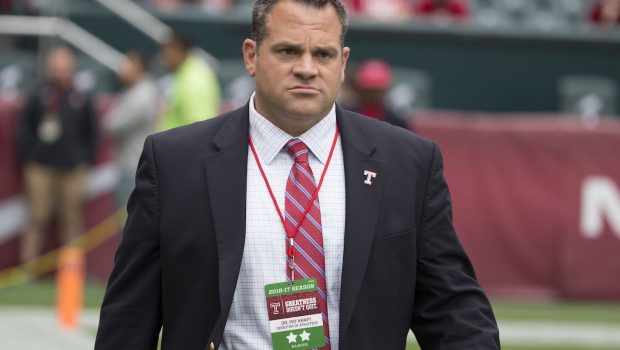 Boston College has hired Temple’s Pat Kraft as its next athletic director.

Kraft, 43, has led Temple’s athletic department since May 2015, and he’ll replace Martin Jarmond who left BC on May 19 for the same post at UCLA.

“I am truly honored to be selected to serve Boston College as the steward of such a great intercollegiate athletics department,” Kraft said in a statement. “The core values of Boston College are in alignment with how I live my life and how I approach my job, creating world-class experiences for student-athletes with the utmost of integrity, character, faith and love. We will compete for championships, we will continue to graduate young men and women who will go on to change the world, and we will represent BC with pride.”

During Kraft’s tenure at Temple, the school’s football team in 2016 won its first conference championship since 1967 and won 20 games during a two-year span for the first time. A former football player at Indiana, Kraft has represented the AAC on the Division I football oversight committee.

Before Temple, he held senior assistant athletic director positions at both Loyola-Chicago and Indiana, where he earned three degrees.