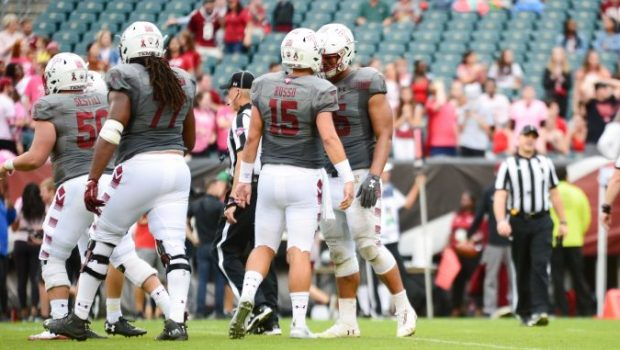 Isaiah Wright’s 59-yard punt return down the left sideline made it 28-0 in the second quarter and extended the Owls’ streak of scoring a non-offensive touchdown in all six of their games this season. He caught a 19-yard TD pass for a 35-3 halftime lead.

Russo’s fourth scoring pass was a 31-yarder on a one-handed catch by Randle Jones in the third quarter.