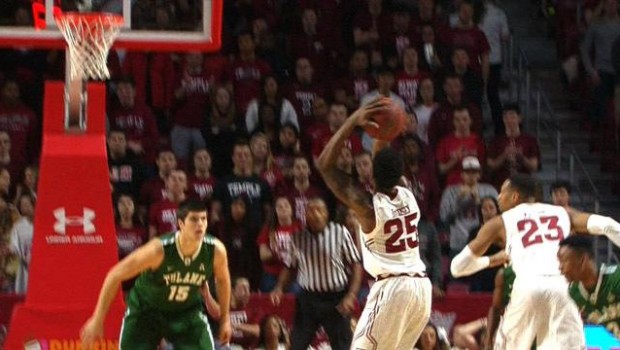 It’s a lot easier to win a college game when you start with 12 straight points and lead at the half 28-8!

Quenton DeCosey (photo above) scored 17 and Temple held Tulane to a historically low eight first-half points on the way to a 55-37 victory on Saturday.

The eight points were the fewest Temple has ever allowed in a half at Liacouras Center and the least Tulane (13-9, 4-6) has recorded in the shot-clock era.

Will Cummings added 13 points, six rebounds and six assists, and Obi Enechionyia had 12 points and three blocks for the Owls.