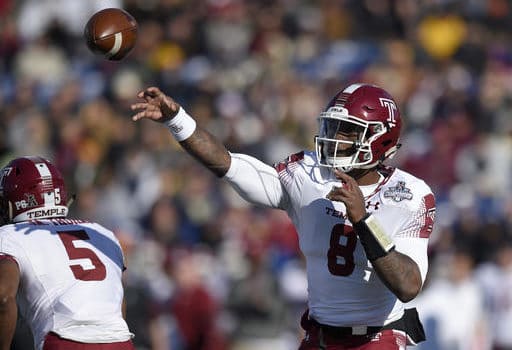 TEMPLE SHOULD HANDLE WAKE FOREST IN MILITARY BOWL ON DEC. 27!

Temple’s swarming run defense held Navy to 168 yards on 44 carries in the American championship game and will frustrate a Wake Forest ground game that ranks 100th in the country in rushing yards per game.

Haason Reddick is an explosive edge, and the Owls should have some success pressuring quarterback John Wolford who has thrown more interceptions than touchdowns this year.

There is some concern about the coaching change and how it may affect the players, but expect the Owls to finish strong with an 11-win season on the line and a four-year starter at quarterback in Phillip Walker (above). 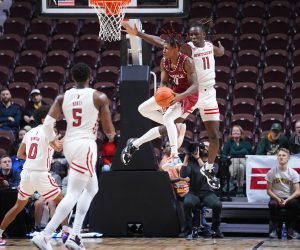