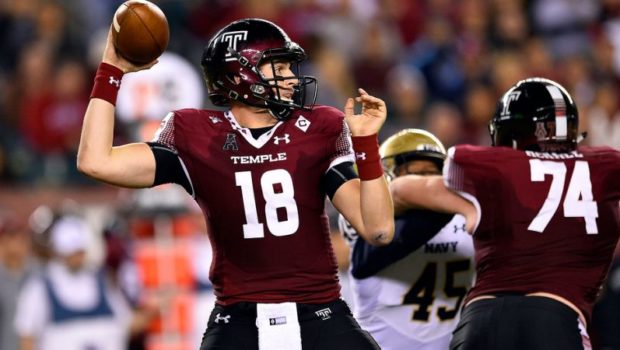 FOR TEMPLE, THE GASPARILLA BOWL IS THE CHERRY ON TOP OF 2017!

If the game is as good as its name, which honors the mythical Spanish pirate Jose Gaspar, it should be a fun matchup of first-year coaches between Temple’s Geoff Collins and FIU’s Butch Davis.

Junior safety Delvon Randall is one of the leaders of Temple’s defense, finishing with 76 tackles, 4 interceptions and 6 ½ tackles for loss.

The Owls are seeking to finish with a winning record in Collins’ first season, and they’re trying to win for only the second time in the postseason since 1979. They’ve dropped their last two bowl games and haven’t won since a 37-15 win over Wyoming in the 2011 New Mexico Bowl.

The Panthers have already doubled their victory total from last season, improving from 4-8 to 8-4. A victory over the Owls would give FIU its most wins in a season since joining the FBS in 2004.