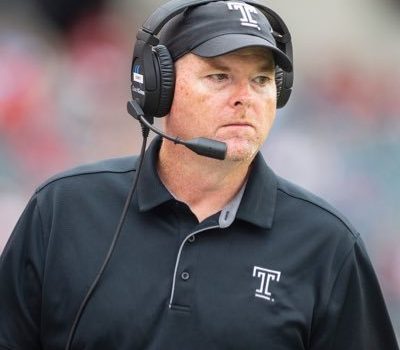 Temple’s head football coach Rod Carey has been fired  just two days after the Owls finished 2021 with a 3-9 record and  a 12-20 three-year record.

“I’m thankful to Temple University and the Temple community for my time here,” Carey said.

“I wish all the student-athletes nothing but success in their lives moving forward. There is a great nucleus of young players here and I’m anxious to watch them play. I will certainly be an Owls fan going forward.”

Carey is the first Owls coach to be fired since Bobby Wallace in 2005.