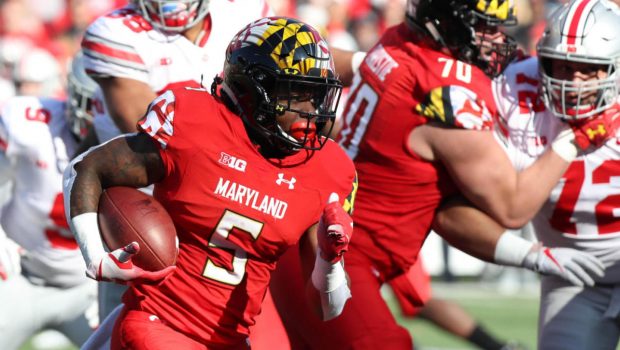 Temple faces Maryland tomorrow at the Linc, and it will be the first test for the Owls, who squashed Bucknell in their opener two weeks ago:

The Owls dominated the Terps, 35-14, in College Park last year

After dominating their first two games, the freshly ranked #21 Maryland Terrapins will take on the Owls.

Maryland took down then-#21 Syracuse with ease last week, crushing the Orange 63-21 at home. Meanwhile, Temple was on a bye last week after dismantling Bucknell in their first game of the season at Lincoln Financial Field.

Despite Temple dominating this matchup (on the road) last year, the Maryland vs Temple odds show that sportsbooks are buying into this new-look, prolific Maryland offense.

Last season, Temple put on a defensive clinic against Maryland winning 35-14 in College Park. However, the narrative is different this season. The Terps have been one of the hottest teams through the first two weeks with their transfer quarterback Josh Jackson and their improved defense from a year ago.

Maryland could not gain any momentum on offense against Temple’s stout defense last season. The Owls had two interceptions and allowed just 63 passing yards. Maryland started quarterback Kasim Hill at quarterback and he struggled mightily.

Hill completed just seven passes, throwing for 56 yards, one interception, and zero touchdowns. (He transferred to Tennessee in the offseason.)

Temple quarterback Anthony Russo was the man responsible for beating Maryland last season. The junior QB threw for 228 yards, one touchdown, and one interception against the Terps.

Russo is the man leading this Owls offense again in 2019, and he looked good in Week 1, throwing for 409 yards, four touchdowns, and one interception against Bucknell.

The Terps offense has looked near perfect with Josh Jackson at the helm. The Virginia Tech transfer has already thrown seven passing touchdowns in just two games. It took Kasim Hill and the Terps six games to match that number in 2018.

Not only has their passing game improved, but it has opened space for Maryland’s elite rushing attack. Maryland rushed for a whopping 354 yards and six scores on the ground against Syracuse last week.

Maryland’s offense and defense have been great, however, there is not enough of a sample size for this 2019 Temple Owls team. Russo and the Owl offense have proven in the past that they can compete with top teams in the country.

Temple’s defense is not the same as last year, losing CB Rock Ya-Sin and DE Michael Dogbe to the NFL Draft. The Owls defensive game plan will need to be a lot different for Josh Jackson than it was for Kasim Hill. If Jackson continues to play mistake-free football, the Owls offense better be prepared to score an abundance of touchdowns.