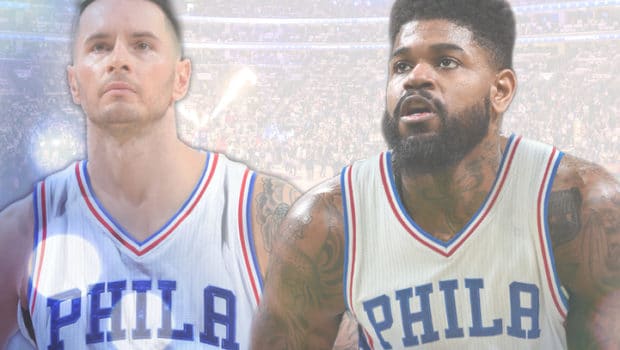 Big money is flying around all major sports — with the exception of the rinky-dink NHL — and you be wondering when will the big TV rights contracts come to an end.

Well, a Temple economist has a distinctive view, which he shared woth USA Today:

While even run-of-the-mill NBA free agents figure out how to spend their new largesse — $23 million for J.J. Redick [above left with Amir Johnson], really? — and the NFL divvies up $7.8 billion among its 32 teams, it’s nothing but bad news for the TV partners that make those ridiculous numbers possible. The cord cutting is accelerating, not slowing, and live TV viewing is dropping.

Which means that the bubble beneath the massive player contracts is bound to pop. It might even explode.

“I do see a significant correction coming,” Michael Leeds, a sports economist who chairs the economics department at Temple, said Thursday.

“With the cord cutting and all of the chaos at ESPN, I think that there’s every reason to believe that we’re seeing a major change, a sea change,” Leeds said. “And the (leagues) … could be in for major changes the next time things come around.” 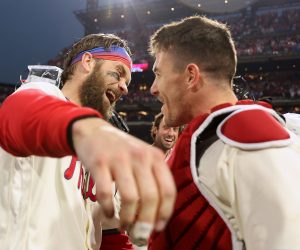