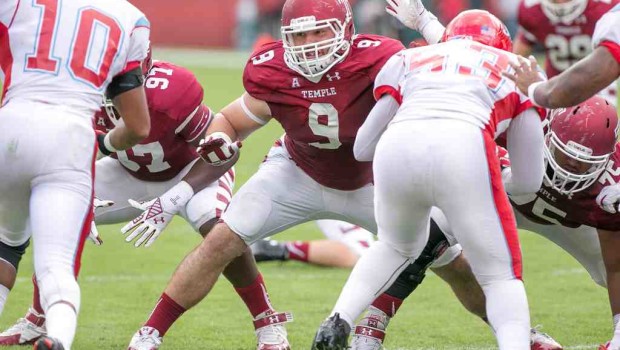 After trading down on the final day of the NFL draft, the Washington Redskins selected Temple defensive tackle Matt Ioannidis with the 152nd pick.

The Redskins used the fifth-round pick they got from the New Orleans Saints to bulk up on the defensive line, an area that was considered a major need going into the draft.

Washington had the 120th pick and sent it to New Orleans for No. 152 and a fifth-round pick in 2017. The Saints selected defensive lineman David Onyemata from the University of Manitoba.

Ioannidis was a first-team all-American Athletic Conference selection last season for Temple when he had 39 tackles and 3 ½ sacks. He’s the third defensive pick for the Redskins at this draft.