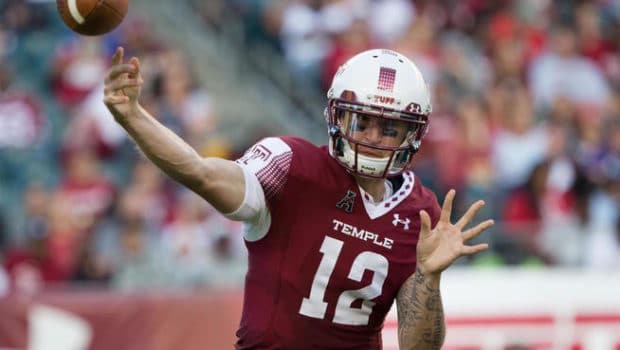 WHY TEMPLE SHOULD CLEAN UP ON EAST CAROLINA!

Here’s our look at Owls football:

Now would be the time for Temple to show its offense.

East Carolina’s defense has been woeful, giving up 253 points in just five games – over 50 per game on average. While the offense has tried to do its part to keep up, it hasn’t worked. There hasn’t been enough to keep up with a defense that’s not doing its part.

Temple can’t run the ball, and the passing attack isn’t doing enough down the field. But the pass rush continues to be solid and there’s just enough presence in the backfield to be able to hold serve once in a while.

Horrible on third downs and last in the nation in yards allowed, the ECU defense is about to get hammered on again. Temple hasn’t had any luck so far on the ground, but this week it’ll finally hit the 200-yard mark.

Just when it seemed like ECU is about to do something good, it’ll turn the ball over. The Pirates will be a -3 – and the Owls will capitalize on all of the mistakes.