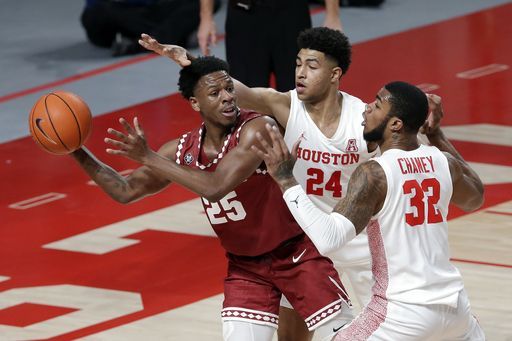 ”I thought we were a step slow,” Temple coach Aaron McKie said. ”I thought we missed some passes. With this team, what I tried to explain to the guys, we’re not going to beat them on one side of the floor. We want to try to move the ball and get it from side-to-side. The ball kept sticking.”

The Cougars outrebounded Temple 43-26, including a 15-9 advantage on the offensive boards. Houston used that advantage for a 17-4 edge in second chance points.

Houston outscored the Owls 23-8 to open the second half and extended its lead to 55-30 on a layup by Chaney with 12:20 remaining. Gorham had eight points in the run.