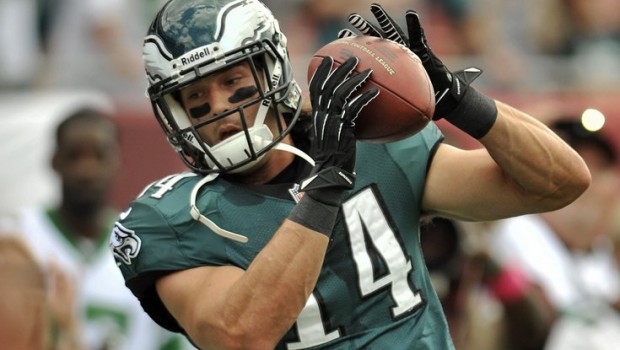 TELL ME AGAIN: WHY IS RILEY COOPER A MEMBER OF THE EAGLES?

Why is Riley Cooper a member of the Eagles?

Quarterback Sam Bradford hit Cooper right on the money for 40 yards after avoiding the rush deep in their own territory in the first half — but Cooper couldn’t come up with the catch.

Cooper has dropped long passes on a regular basis this season, and his mindless penalties have also cost the Birds dearly.

Though Bradford didn’t have any turnovers in this game, the offense missed a couple of other big opportunities.

In the first half, Bradford had tight end Zach Ertz wide open down the sideline and he missed him badly with a deep pass that surely would have gone for six.

However, not all of the blame can be placed on Bradford’s shoulders. Rookie wideout Nelson Agholor dropped a touchdown in the second quarter and the Eagles only got a field goal.