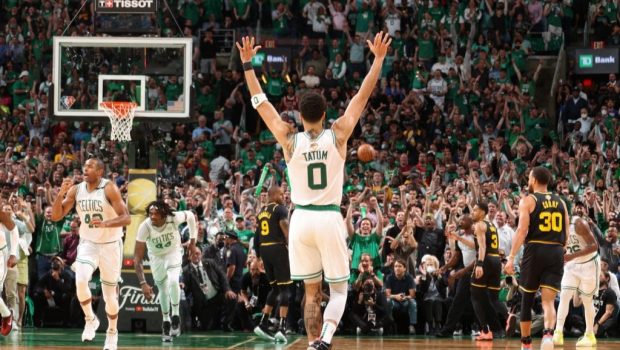 TATUM TOO MUCH FOR DUBS TO HANDLE, CELTS GO UP 2-1!

Jayson Tatum battled through an injury in Game 3 vs. the Warriors, finishing with 26 points, nine assists, six rebounds, one steal and three triples in the Celts 116-100 win that gives them a 2-1 NBA Finals lead.

Tatum has been struggling with a stinger in his right shoulder since the Miami series and injured it on the first drive of Game 3.

Boston survived a fierce rally from Golden State in the third quarter and Tatum eventually came to life.

Jayson Tatum played the role of maestro once again in the @celtics offense, dishing out 9 assists and creating shots for others while dropping 26 points of his own!@jaytatum0: 26 PTS, 6 REB, 9 AST pic.twitter.com/DMY9DEJJPy