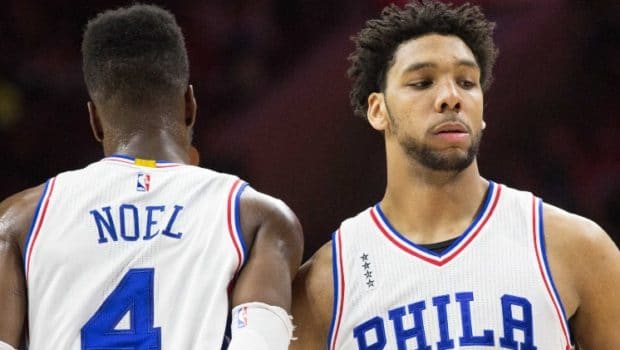 Jerry Colangelo had arrived the day before from Istanbul after he and coach Brett Brown watched Dario Saric’s team in Turkey in a playoff game Tuesday and met with Saric and Saric’s agent Wednesday, trying to get the 12th pick in 2014 to Philly next season.

Then Colangelo would scout three days of Eurocamp, where the participants include two possibilities when/if the Sixers pick 24th and 26th on June 23, Croatian center Ante Zizic and French power forward Petr Cornelie. While contemplating innumerable trade options, from among the Philly roster plus three first-round selections in 2016 and multiple No. 1s in future years.

And weighing the Ben Simmons-Brandon Ingram close call for the first overall selection in less than two weeks.

Before deciding whether it’s safe to unwrap Joel Embiid and Jahlil Okafor for summer league in July.