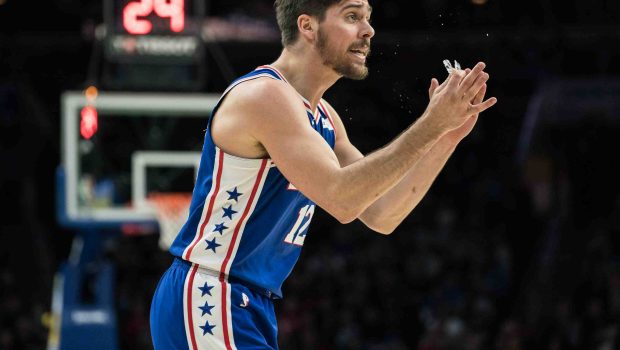 HOW T. J. MCCONNELL MIGHT HAVE SAVED THE SIXERS’ POSTSEASON!

T. J. McConnell was playing the game of his life.

The undrafted free agent had steadied the Sixers and brought them back to life in game 2 against the Celtics.

Which meant that 2016 No. 1 overall pick Benny Simmons was on the bench.

He could’ve, but he didn’t.

And the Sixers may have paid dearly. Simmons ended up with just a single point, his worst game coming at the worst possible time. And the Sixers ended up losing 108-103, heading back to Philly down 2-0 and in need of answers.

“It’s a tough decision, I admit it,” Brown said afterward about pulling McConnell in the fourth quarter.

Philly had led by as much as 22 before falling behind by eight in the third quarter. McConnell came off the bench to help stanch the bleeding.

Simmons finished 0-for-4 from the floor with one point, seven assists, five rebounds and a game-high five turnovers. In the 31 minutes he was on the floor, he finished a minus-23. Philly lost by five.

But when Simmons sat at the scorers’ table for seven straight possessions late in the game waiting for a dead ball, Brown eventually called timeout so he could sub in the 21-year-old guard, along with Joel Embiid. The move didn’t have the desired effect.

The Sixers got outscored 17-10 from that point on, with Simmons missing two more late shots.