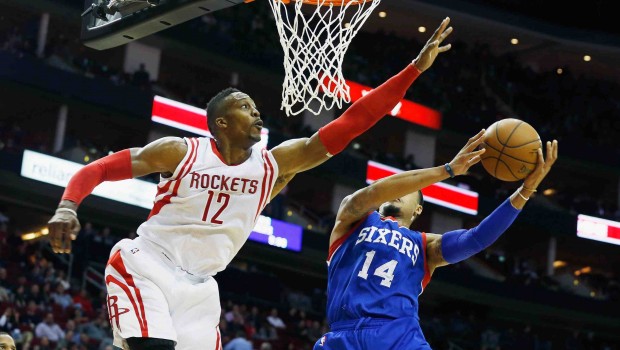 Who’d a thunk it?

One night after playing at a level a Philly high school team would have been embarrassed by, the suddenly competitive Sixers took the Houston Rockets to the limit before losing 88-87 in Houston.

James Harden scored 35 points, including an off-balance layup with 9 seconds left, to lead Houston to the win. He made 14 of 16 free throws.

“We were not good,” coach Kevin McHale said. “Thank goodness James got to the line and attacked.”

The Sixers led by one point before Michael Carter-Williams bounced the ball off his foot and out of bounds to give Houston the ball. Harden powered through the lane to hit the game-winner.

Philly had a chance to win it at the buzzer, but Carter-Williams missed a jump shot.

Tony Wroten scored 19 for the Sixers, who led for most of the game after an embarrassing 53-point loss to Dallas on Thursday night.

The Sixers remained the NBA’s only winless team, dropping to 0-9 for their worst start since opening the 1972-73 season with 15 consecutive losses.

Henry Sims blocked a shot by Harden and Wroten hit a 3-pointer at the other end to give Philadelphia an 87-84 lead with 51 seconds left.

Carter-Williams had 13 points and five assists and Sims had 14 points.

Howard scored 21 points with 16 rebounds and seven blocks and Trevor Ariza had 13 points for the Rockets.

The Sixers led by as many as 13 points and were up by five at the start of the fourth.

Houston scored the first five points of the fourth quarter to tie it and the teams remained within three points for the first 5 minutes of the period. A six-point spurt by Houston, with five points from Ariza, extended the Rockets lead to 79-72 with about 5 minutes left.

Carter-Williams scored five quick points after that to cut the lead to two points.

The Rockets had a 3-point lead with about 4 minutes left in the third quarter when the Sixers went on a 12-2 run, which was capped by five straight points from Carter-Williams, that gave Philadelphia a 68-61 lead late in the third.

A night after falling behind by 28 points in the first quarter of the loss to the Mavericks, the Sixers shot 60 percent in the opening frame and led 28-19 entering the second quarter against Houston.