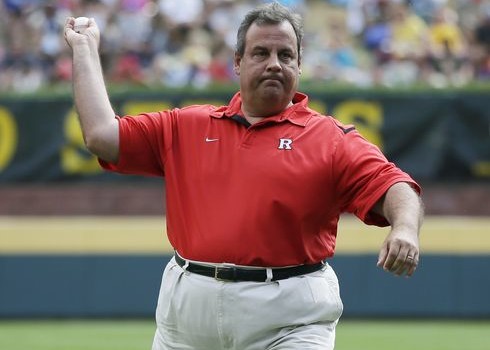 The U.S. Supreme Court has allowed a ban on sports betting in New Jersey to remain in place, handing Gov. Chris Christie and state lawmakers another defeat in their effort to legalize the practice.

Christie, a Republican, and Democratic leaders of the state Legislature had appealed to the nation’s highest court to revive a law that would permit wagering on professional and college sports at Atlantic City casinos and the state’s racetracks.

But the justices today declined to hear the case and let stand a lower court ruling that said the state couldn’t allow sports betting because it conflicts with a 22-year-old federal law permitting the practice in only four states. The Supreme Court did not comment on its decision.

“This is a disappointing decision, but our fight is not over,” he said in a statement.

Lesniak said he plans to introduce a bill today to repeal all laws prohibiting sports betting in the state.

“I expect that the U.S. Justice Department will refrain from intervening, as they have with Colorado and Washington when those states legalized marijuana,” he said. “I plan on placing my first bet at Monmouth Racetrack on Sept. 8 for the Giants to beat the spread against the Lions on Monday Night Football.”

“The economic impact that sports wagering can have on New Jersey is far too important to simply shrug our shoulders and move on,” Sweeney said in a statement. “We will be working with our legal team and advocates to determine the best course of action moving forward. New Jersey has been held hostage by this unfair law and the national sports associations long enough.”

The issue started in 2011, when New Jersey voters overwhelmingly approved amending the state constitution to allow sports betting. State lawmakers then passed a law to allow it. People would not have been allowed to place bets on games involving New Jersey colleges or college games played in the state.

State officials said New Jersey was attempting to curb illegal sports betting and bring the state millions of dollars in tax revenue it had lost because of it, while also helping breathe life into Atlantic City’s 11 casinos and the state’s horse tracks.

But in 2012, a group of sports organizations — the National Collegiate Athletic Association, Major League Baseball, the National Basketball Association, the National Football League, and the National Hockey League — sued to block the law from taking effect, saying it would harm the integrity of their sports. President Obama’s administration helped them oppose New Jersey’s efforts.