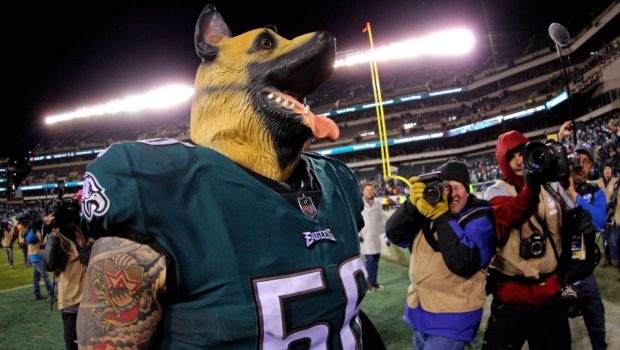 SUPER DISRESPECT! EAGLES WOULD BE DOGS AGAINST PATS OR JAGS!

How would the flip from the Vikings to the Eagles have an impact on the Super Bowl point spread?

Traditionally, home-field advantage is worth three points in Vegas. But the Vikings are also perceived to be the stronger team, as evidenced by the fact that they are laying 3.5 on the road in Philly in the NFC Championship.

It’s likely that the spread would shift by about 6.5 points when setting the line for Vikings-vs-AFC and Eagles-vs-AFC.