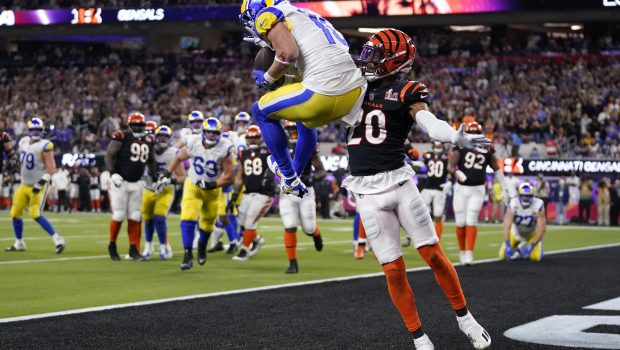 SUPER BOWL RATINGS THROUGH THE ROOF, ENTIRE NFL SEASON TOO!

Super Bowl LVI continues the streak of improved ratings for the NFL.

All three rounds of the playoffs saw ratings increase by at least 13%.

The AFC and NFC championships averaged 49 million viewers, up from 43 million last year.

Last year’s Super Bowl LV only averaged 96.4 million viewers across all platforms — the smallest audience for the Big Game since 2007.

An average of 21.3 million viewers tuned in to the Olympics on NBC after the Rams’ 23-20 win on Sunday night, nearly doubling the event’s previous high of 11.1 million viewers on Feb. 10.