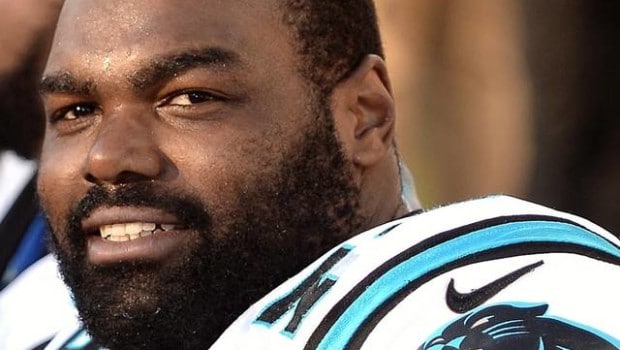 Oher never wanted to be Cam Newton, or any other star. He just wanted to blend in and be part of something.

The movie only pushed him into the spotlight. It was a box-office smash, grossing more than $309 million and earning Sandra Bullock an Academy Award for best actress for her role as a sassy, rich, white woman whose family adopted a poor, black teenager. Seven years later, “The Blind Side” floats on endlessly through cable TV, somewhere between “Law & Order” and infomercials. (It aired twice last weekend on TNT.)