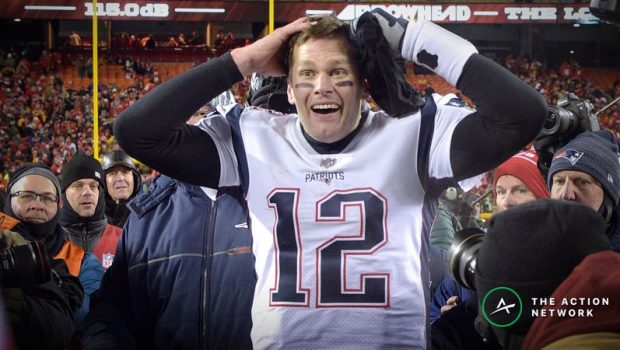 It turns out that when the Super Bowl teams have a hard time scoring points, that affects the TV ratings.

Shown on CBS for the first time since 2016 and with ad spots going for around $5 million each, the Rams’ loss scored a 44.9/68 in metered market results.

On a larger playing field, that metered market result for yesterday’s game is the worst the Super Bowl has done in the early numbers since the Pittsburgh Steelers beat the Arizona Cardinals on February 1, 2009.

A very tight and seamlessly flowing offering from the network, yesterday’s Super Bowl is also down a bit over 8% from the metered markets of the last time CBS had the game three years ago.

Super Bowl 50 saw the Denver Broncos top the Carolina Panthers 24-10 on February 7, 2016 in a gridiron clash that eventually resulted in 111.9 million viewers and the honor at the time of being the third most watched show in U.S. TV history.

The lowest rated Super Bowl in eight years in the early metrics, last year’s Eagles’ victory 41-33 over the Patriots ended up with 103.4 million viewers, a nine-year low – so far.

Last night’s post-game premiere of James Corden-fronted reality series The World’s Best pulled in a 14.0 in the metered markets according to Nielsen numbers this morning. While unscripted apples to dramatic oranges, that’s a drop of almost 14% from the special Super Bowl episode of NBC’s This Is Us that aired after last year’s Eagles’ win.

No surprise for such a low scoring game that didn’t see a single touch down for ages, Super Bowl LIII peaked near the end with a 47.3 in metered markets in the 9:30-10 PM ET slot.

As we now turn our gaze to Super Bowl LIV set for next year in Miami, we’ll update with more Super Bowl LIII numbers, including that tepid Maroon 5 halftime show and The World’s Best debut later, as more data comes in.

As we have done in the past, let’s put the latest Super Bowl in greater perspective by checking out the Top 5 Super Bowl metered market ratings ever – a list that this year’s game is certainly not a part of: