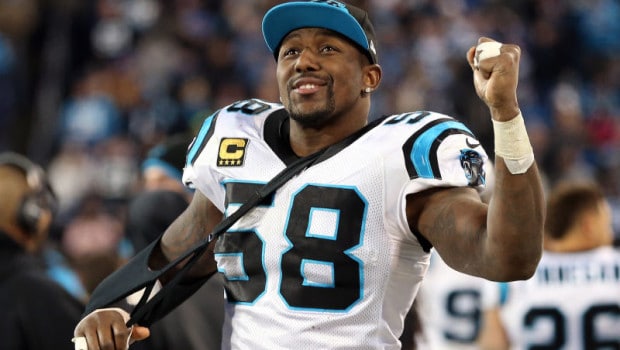 You want to know how tough Carolina Panthers linebacker Thomas Davis is?

He has torn his right ACL three times (no other player in NFL history has come back from three such tears on the same knee), he dislocated his finger then relocated it and made a tackle all on the same play, and he broke his arm in last weekend’s NFC Championship game.

Every NFL player plays through injuries almost every game, but nobody has slogged through such a series of devestating knee problems like Davis has.

It’s no surprise then that he intends to play in Super Bowl 50 despite the amount of metal in his arm from a surgery he had on Monday. How much metal does he have? Well, as he told the NFL Network: