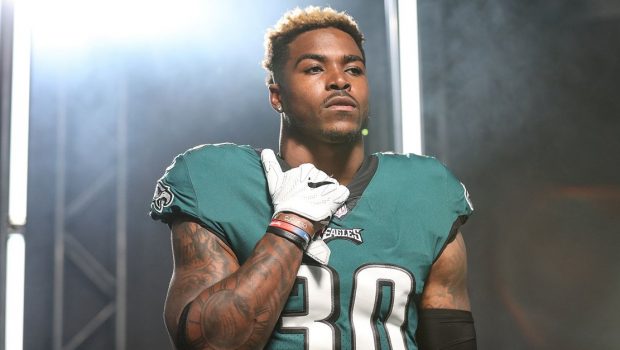 The team that beat Belichick’s Patriots in Super Bowl 52 combines a star tight end with a rotation of useful running backs like Corey Clement (above). Zach Ertz isn’t as dominant as Gronkowski, but his injury history isn’t as pressing. I’d also argue that the Eagles have a better group of wideouts for 2018, especially given that Edelman is guaranteed to miss at least four games. Philly can expect more out of Alshon Jeffery, who played through a torn rotator cuff last season. To the shock of everyone, Nelson Agholor emerged as a useful slot receiver, and he should continue to improve in that role, while Mike Wallaces hould be an upgrade on the departed Torrey Smith and could be pushed by further improvement from second-year wideout Mack Hollins.